The kindergarten Garten Eden is integrated into an unusual context of a masterplan for the expansion of the existing Protestant Hospital EVK as a health campus developed towards the west. It had to be sensitively integrated next to large functional buildings and assert itself as a place for children. All service phases were completed to the great satisfaction of the client and its future user - the protestant church. The construction budget was adhered to and at the same time, a high level of design was achieved through careful planning. The users describe the open and lively floor plan as particularly successful: “the wide corridors and the marketplace offer large spaces for playing and qualified uses beyond its pure function; (…) the group rooms are flooded with light; (…) the orientation and connection to the green areas outside offer an important atmosphere for the children from both floors.” The kindergarten Garten-Eden is a playground and an institution at the same time. It is a children's world, a place to discover and explore. 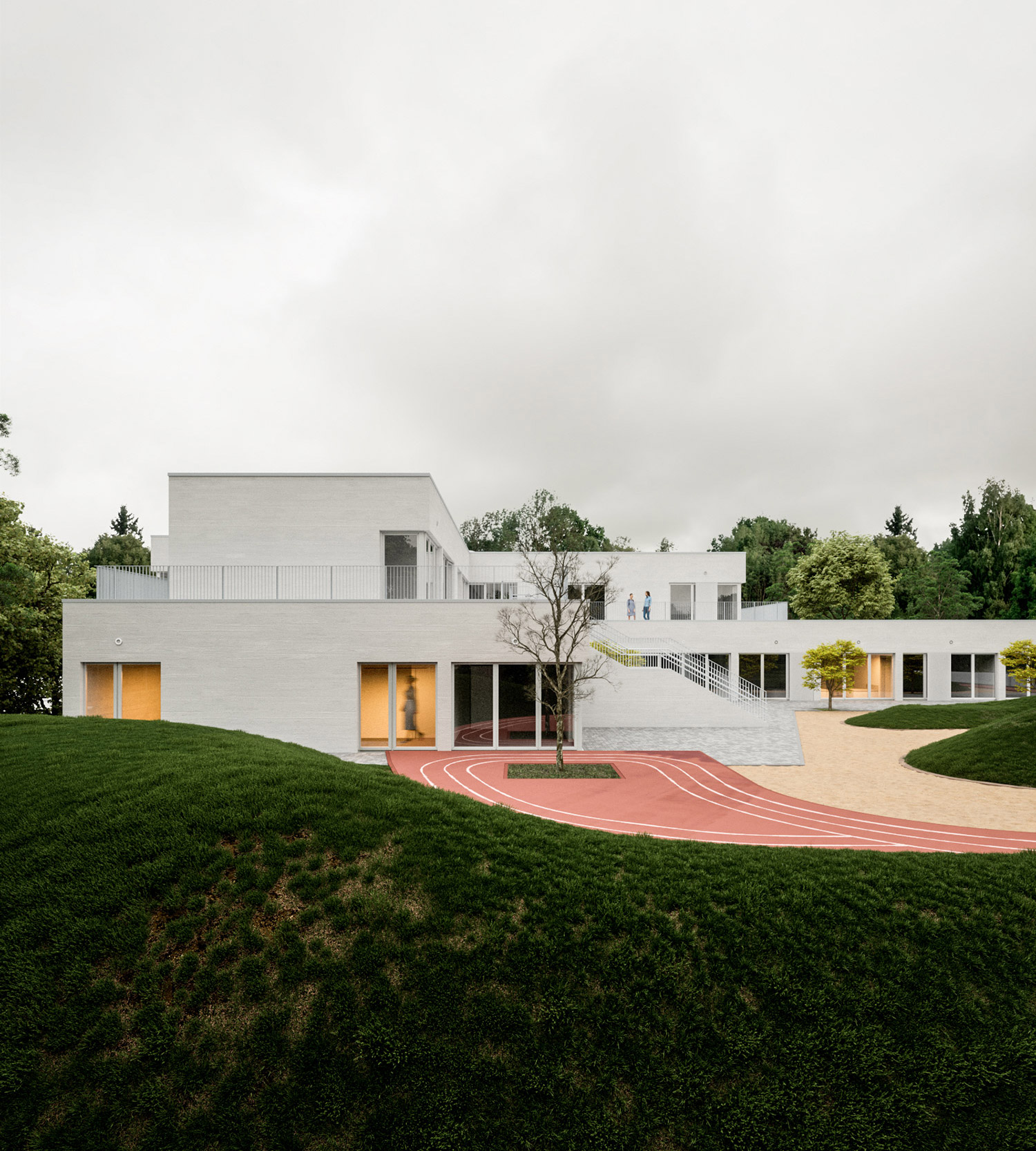 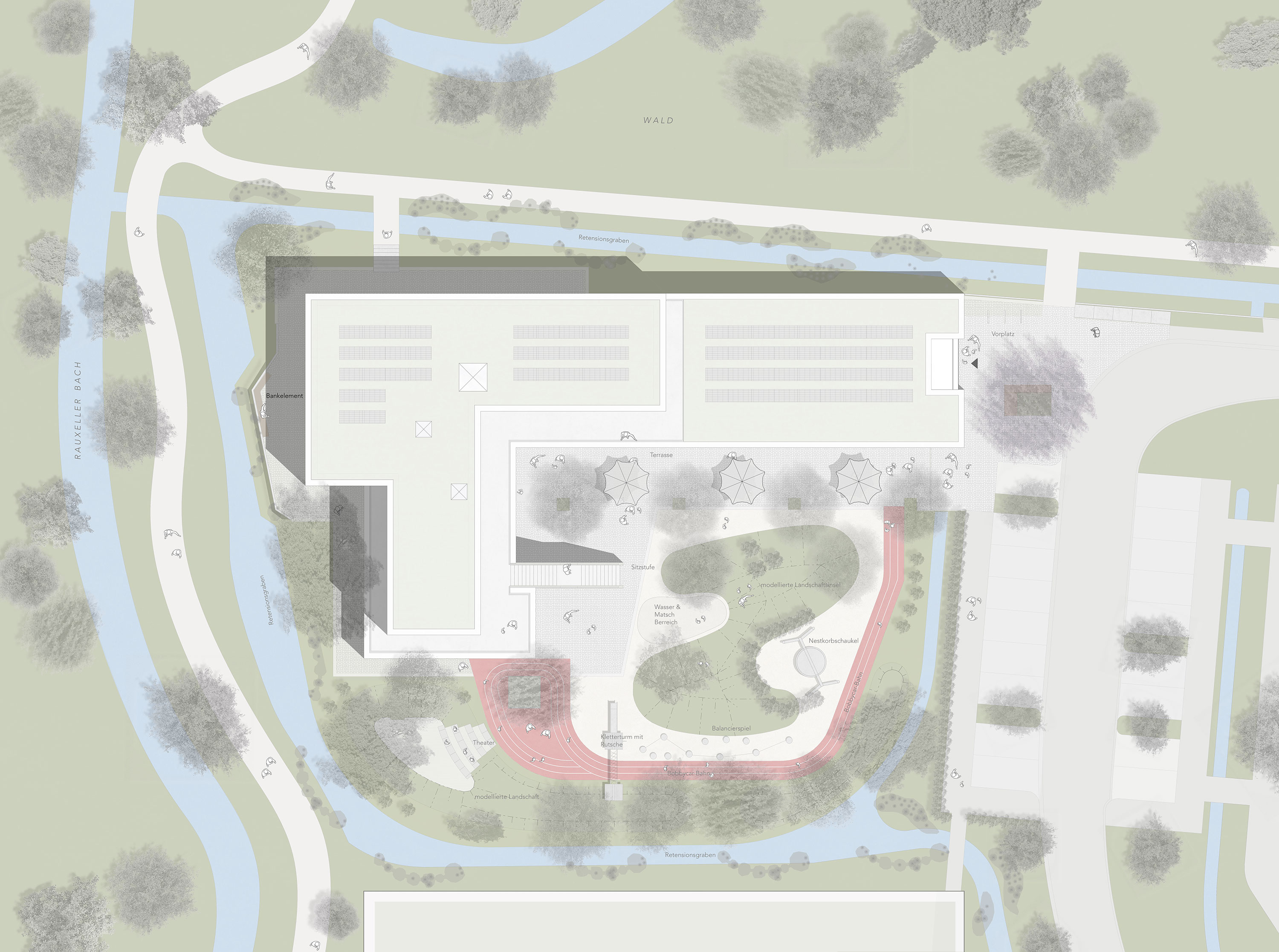 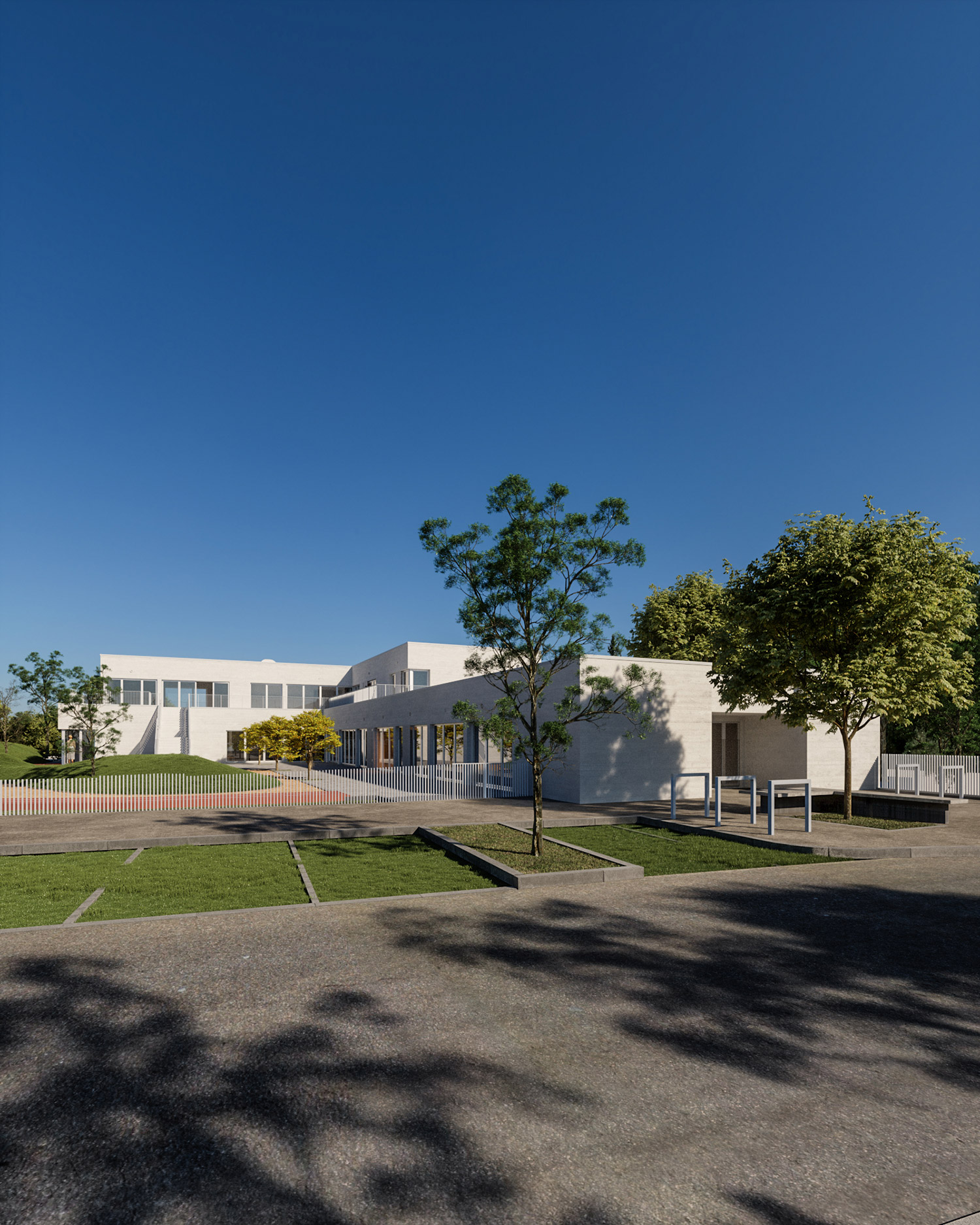 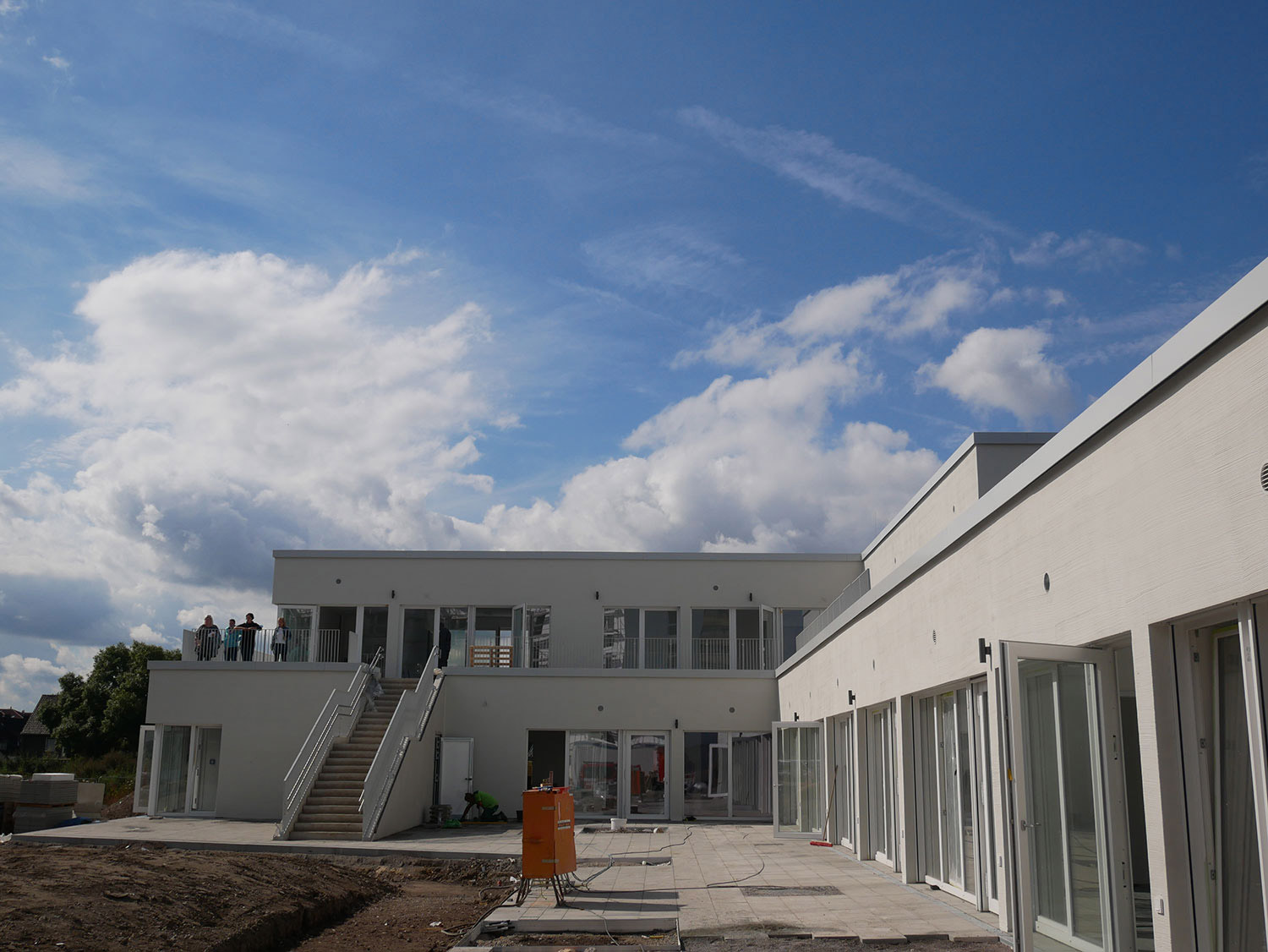 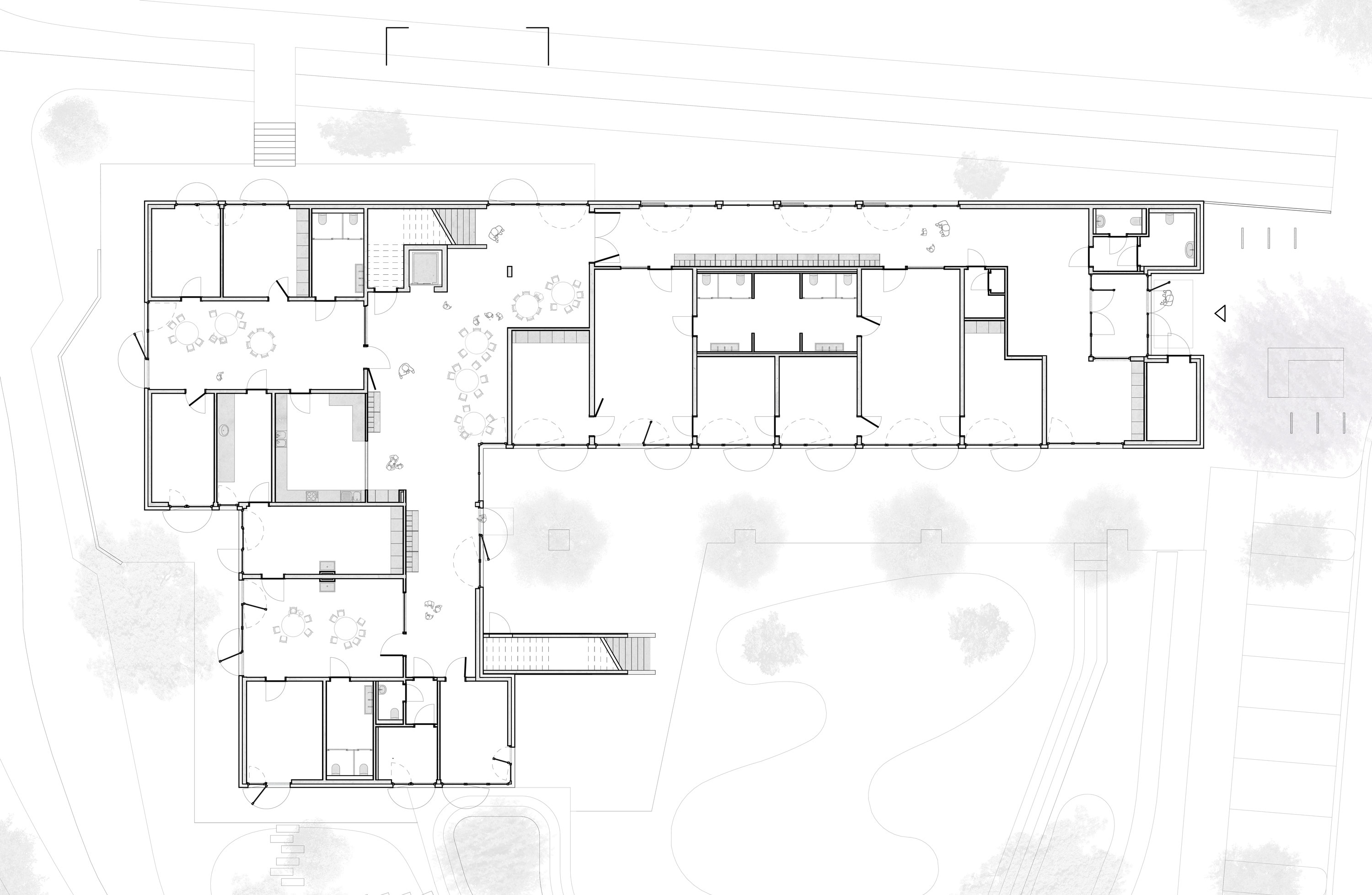 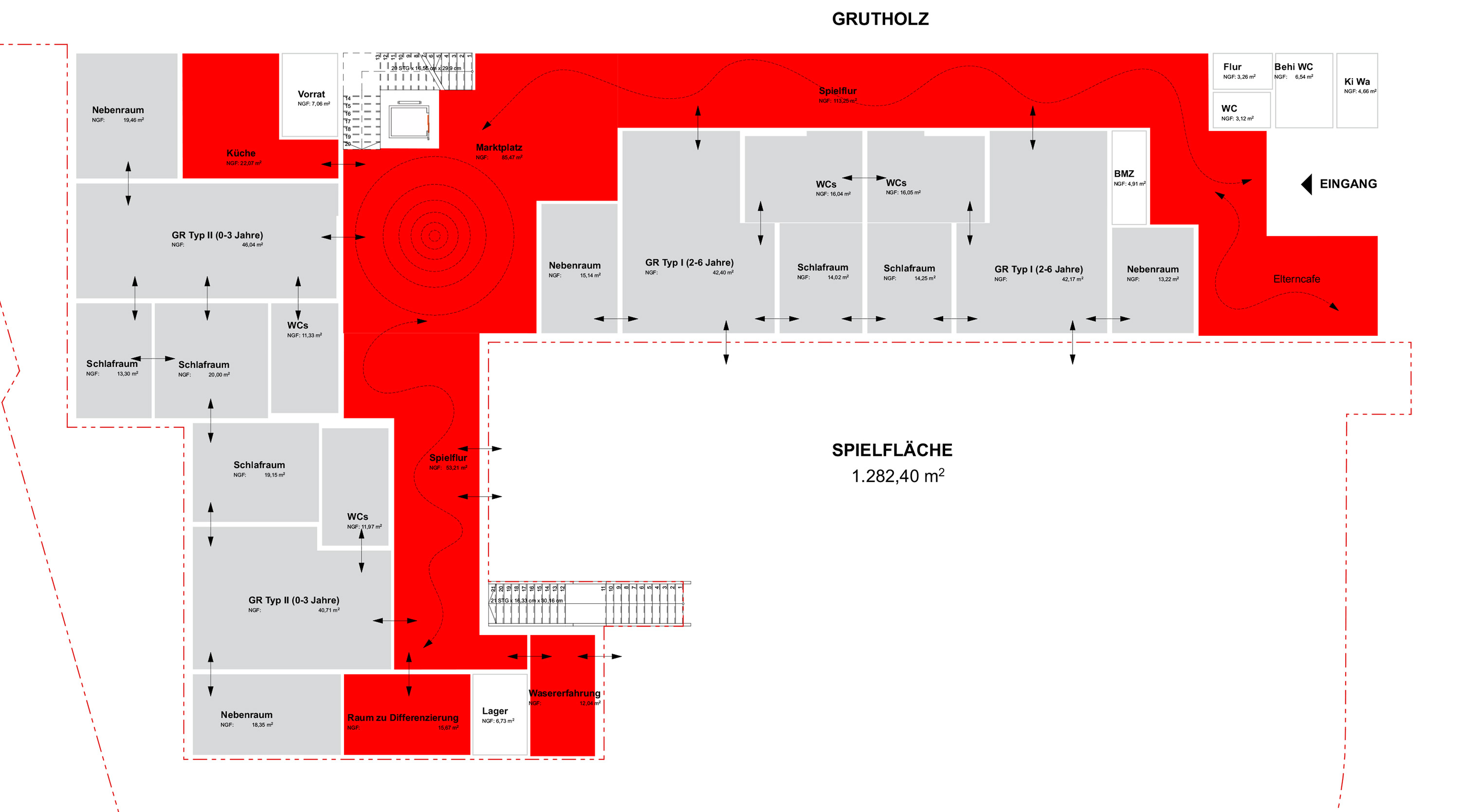 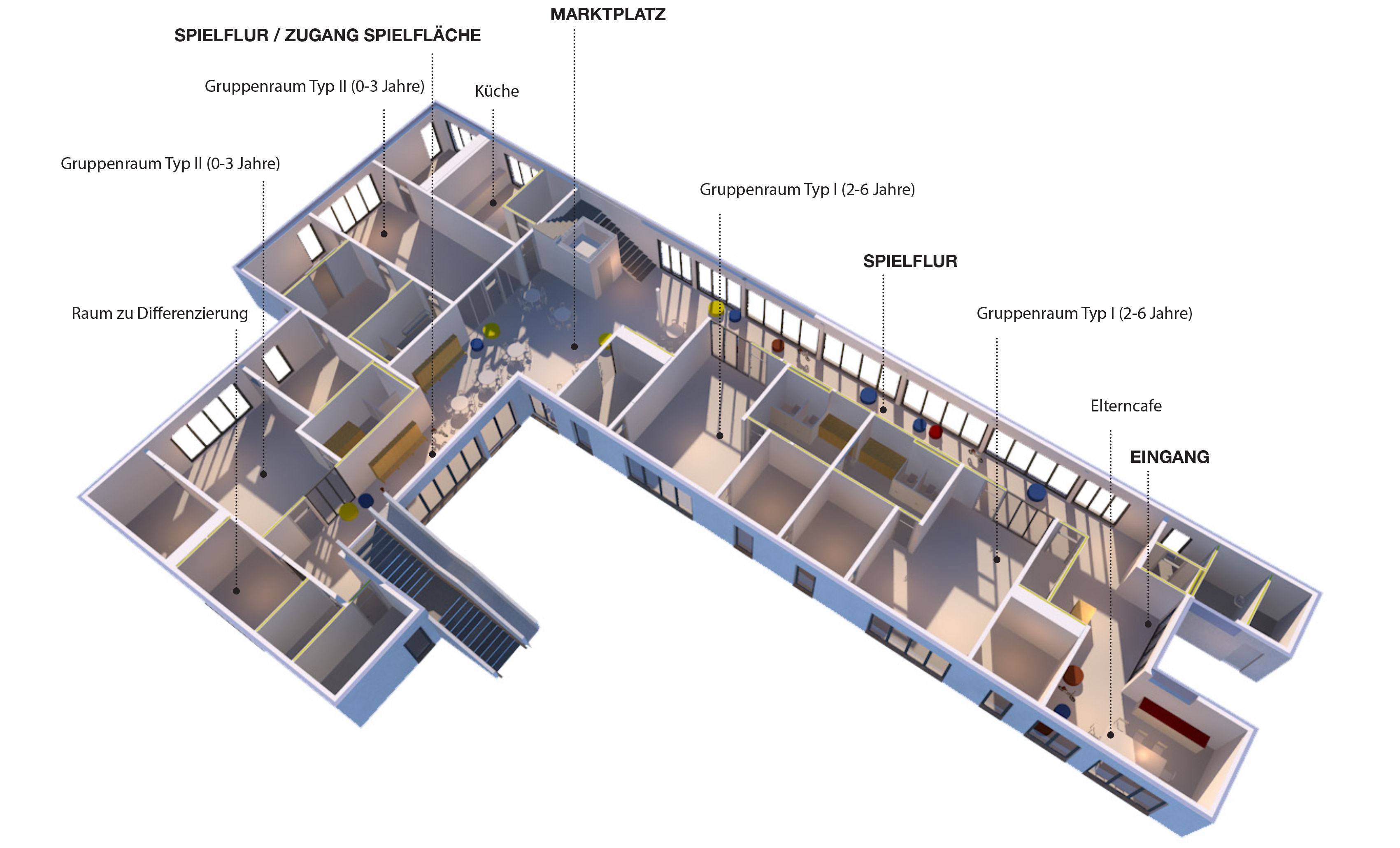 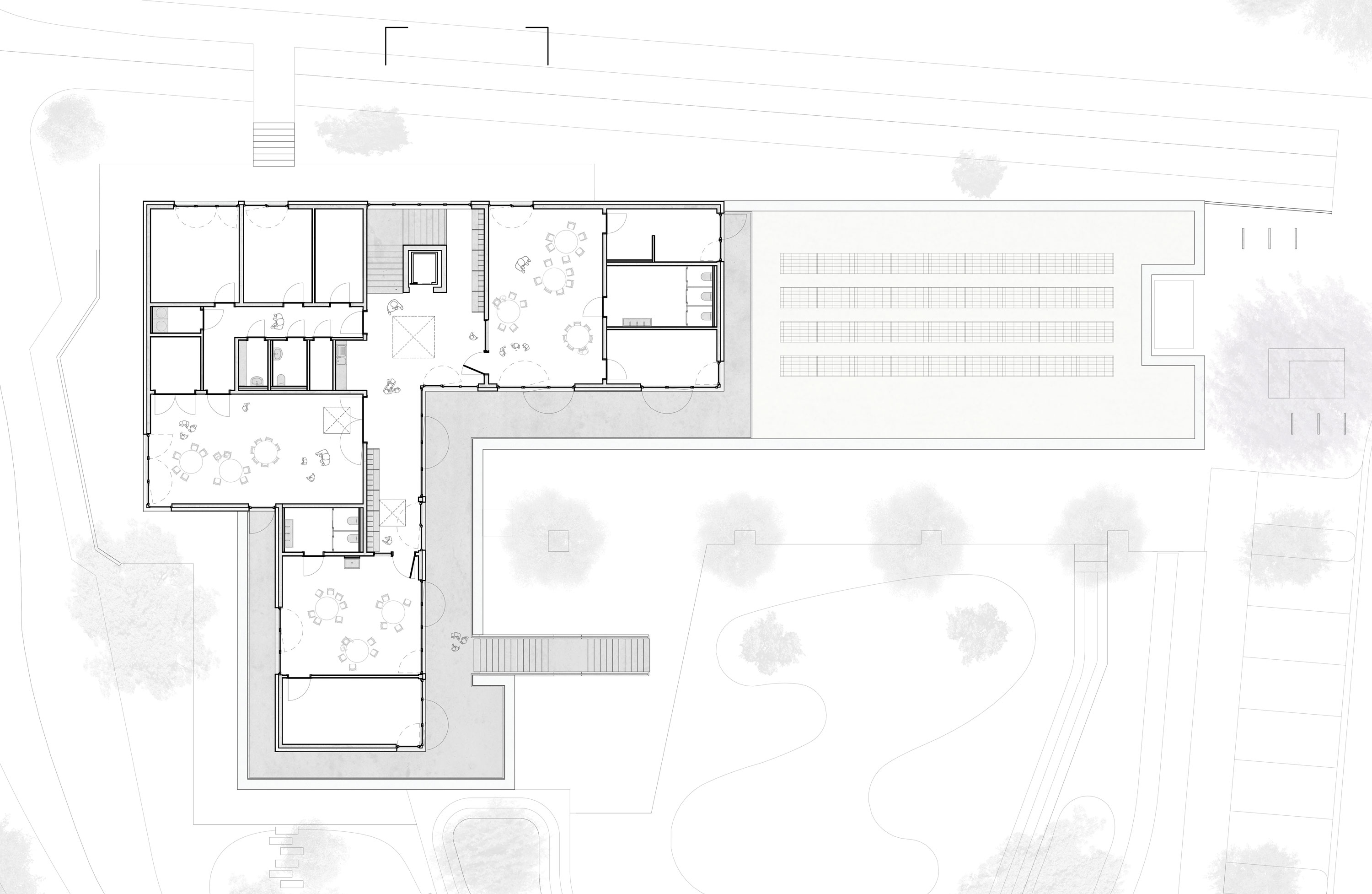 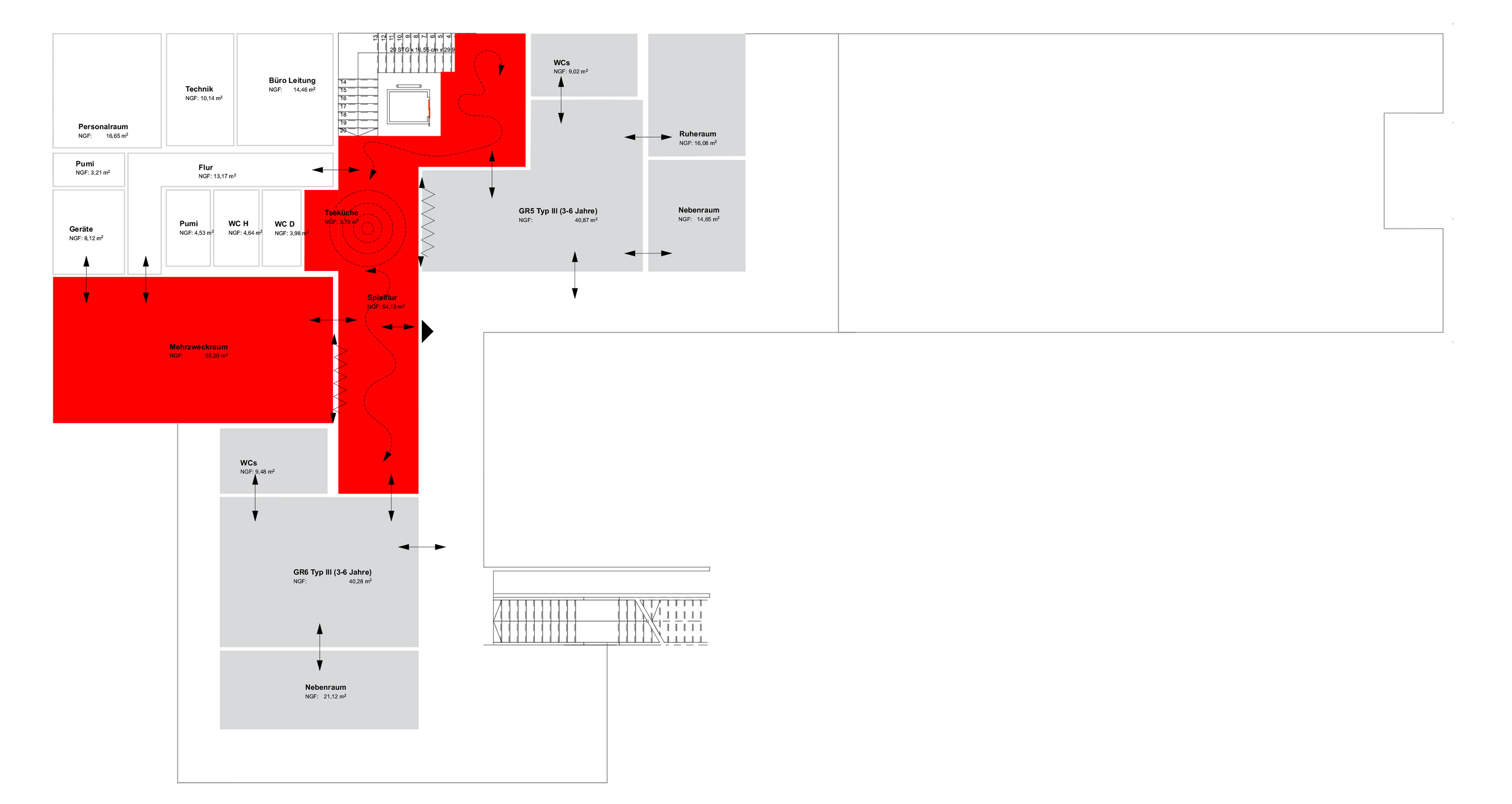 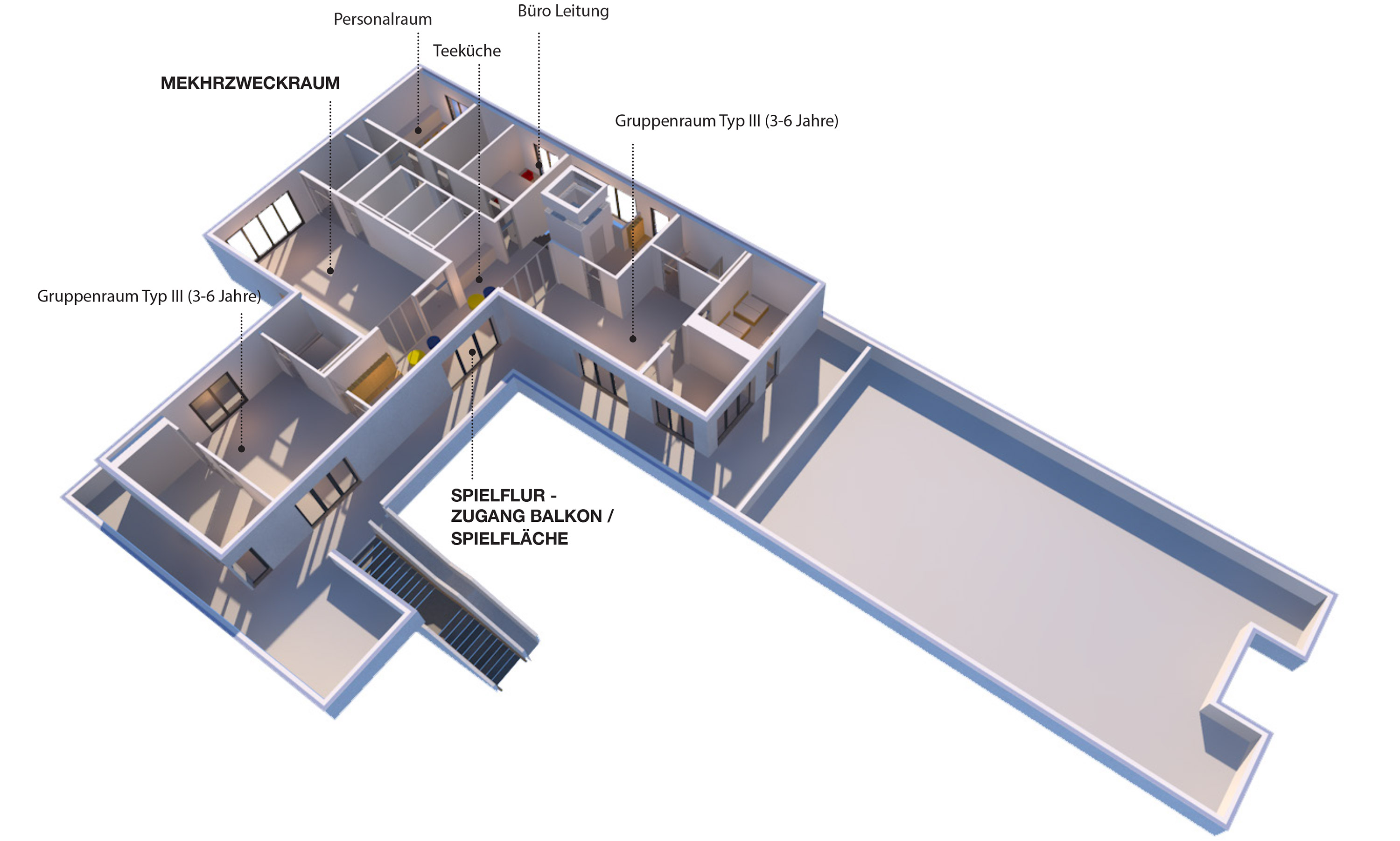 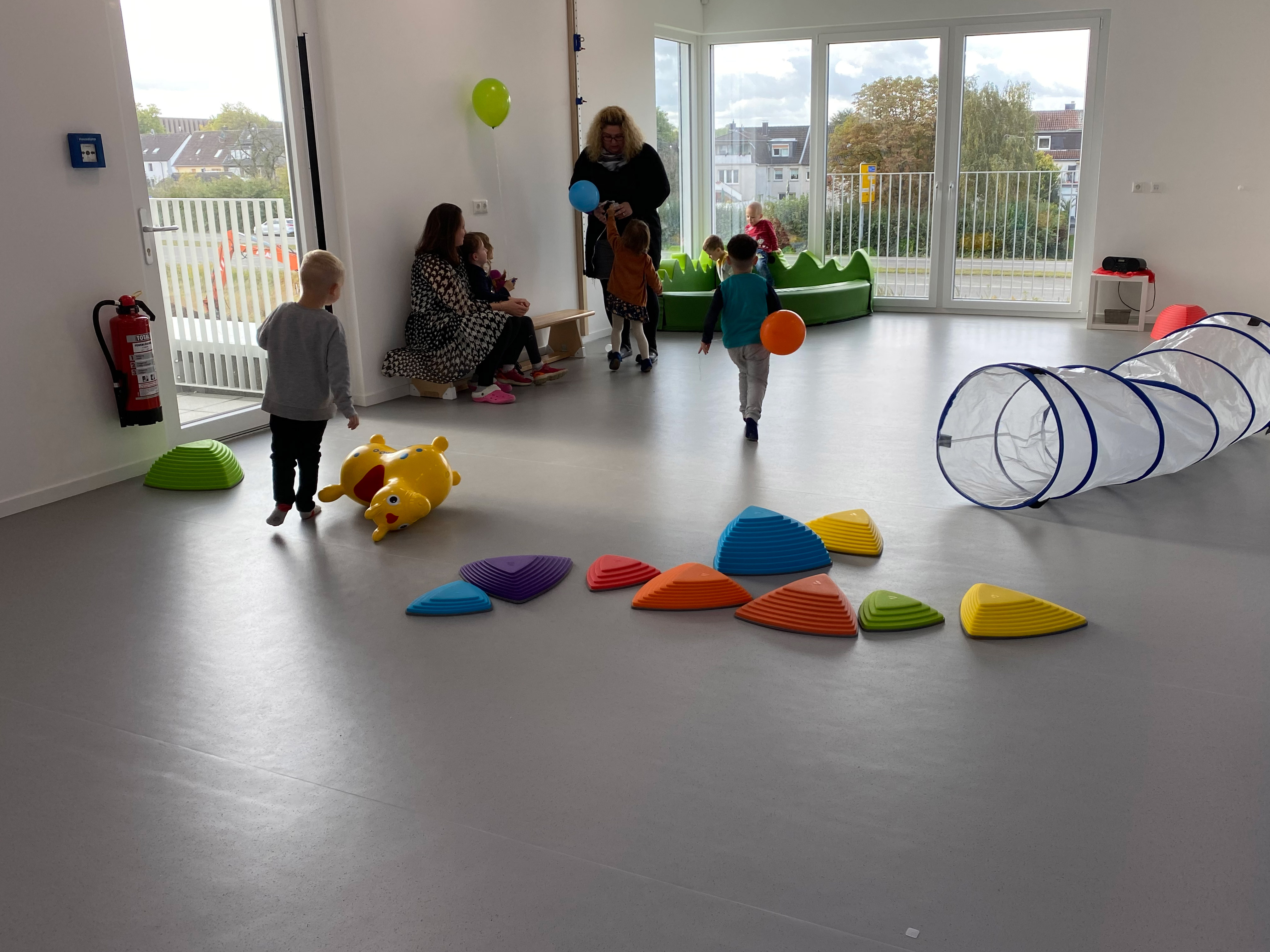 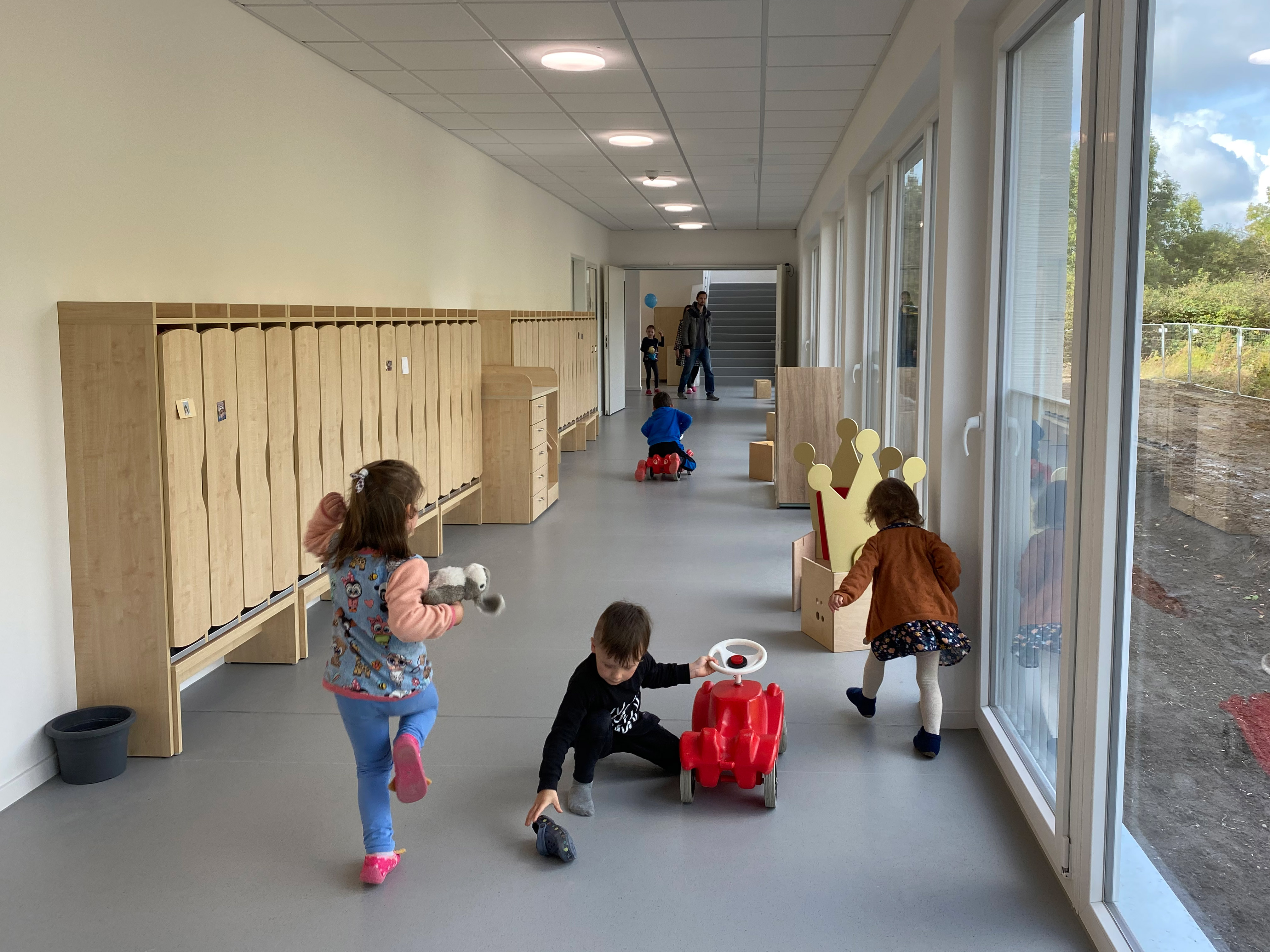 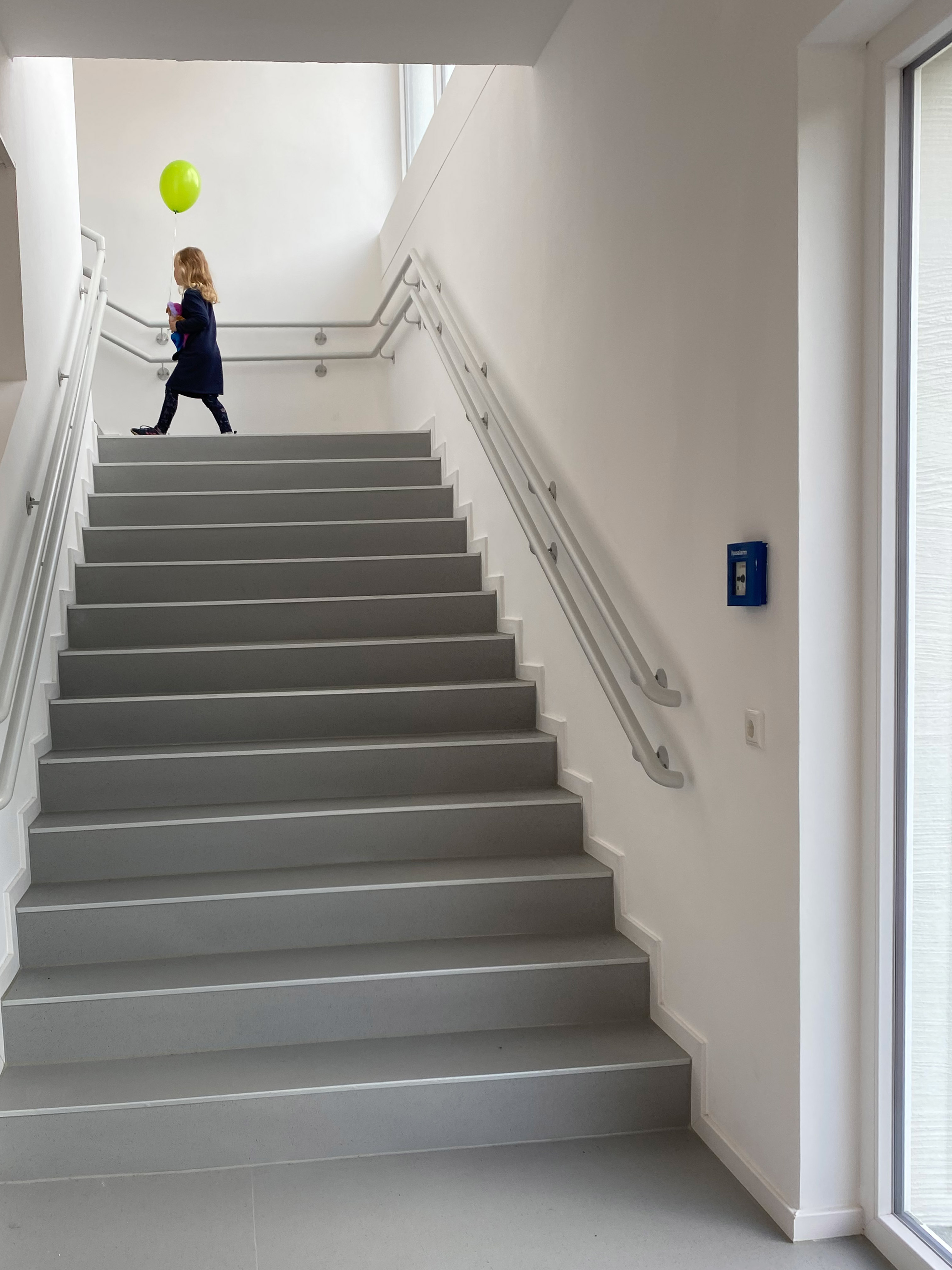